I broke a rule today. One of my few rules. I promised my son something, and I've got no idea how I'm going to keep it.

Christ.
Posted by Michael McClung at 11:42 PM No comments:

I can't be sick. I have too much stuff to do. Shuffling between bed and toilet is not is not getting any of it done.
Posted by Michael McClung at 11:19 PM No comments:

Choose your own adventure

I've got a lot of stories started. A. Lot. How many? Let's just say you have to add an 's' after the word 'dozen'. Finished stories? Not nearly so many. But one of my goals for 2013 is to come out with a second volume of short stories.

That's where you come in, Dear Reader.

I'll be posting the first couple of paragraphs (ish) of a few short stories at a time, and then for your amusement they will engage in gladiatorial combat*, the winner of which will be next in the queue to be completed by yours truly. All you have to do is vote for the one you'd like to see completed in the comments section.

So without further ado, let the games begin!

The Iron Witch
I sat stoop-shouldered in a blood mage’s smoke-wracked hut in Kirabor, eyes stinging and nose running freely, trying to think of places I might want even less to be. The list was short--the mines of Isinglass, a prison cell in Viborg, in the middle of the Blighted Land without water or horse. At least there was a list.

On the hard packed dirt floor in front of me, through the sooty smoke and watering eyes, I watched the crone I’d hired work her blood magic. She knelt, leaning and crooning over what was left of Hakon Luk, my erstwhile patron. I didn’t know her name. Traditionally, blood mages were simply referred to as ‘Mother Crimson’. This Mother Crimson had a withered left arm and a face like nine miles of bad road. She looked better than Hakon Luk, though, who lay in three separate pieces on her floor.

At the end of it, there was only one dog soldier left, and no empire troops. It couldn’t be termed a battle; all told there were only two dozen combatants. But the dead didn’t care if they died in a battle or a skirmish or a melee.

Jon Brigum Halvorson, bloody and bruised, stumbled away from the corpses, calling for Arnot. He caromed off wrist-thick tree trunks, dizzy and unsure of his footing on the leaf-littered slope. Arno did not answer, and soon enough he found out why.

His dog had been gutted by an empire trooper, who in turn had had his throat ripped out by Arnot. They lay together in a bed of leaves and blood, facing each other, and dappled sunlight played on the bodies of dog and man.

Valmont and Talbot. Rogues, scoundrels and wastrels, the pair. Also two of the cleverest students ever to be thrown out of Eiledon College and, by later accounts, suspiciously noble; perhaps even heroic, if the word has any meaning anymore. Myself, I wonder if heroism is the appropriate term. I suppose that depends on whether heroism stems from action or intent. I would not argue that their actions were ultimately ‘heroic’. Their intent? Who can say? I would not care to venture a guess, to be perfectly candid.

They were a likeable lot. Black sheep often are. I don’t remember our first meeting. It could have been in the refectory or at a lecture, or possibly down the hill in town, somewhere along the Serpentine. Being two years their junior, I seldom ran in the same circles as them. But I remember them, as they were back then. Talbot brash, charismatic, with his lean good looks. And Valmont’s burly frame and soft voice.


The desert of ice was one blinding glare. Ashka the Elamner stared out over the aching frozen desolation and unconsciously dragged strong brown fingers through his ice-rimed beard. He stood like a tall black shadow in a world of white, apparently impervious to the bitter cold, though his only garment was a salt-stained black silk djalub, the thin hooded robe of his desert race. His only visible weapon could hardly be deemed a weapon at all; dangling from his silken waist-cord was a thin rod or scepter of some dull, blackish metal, slightly flared at one end and tapered at the other.

At his feet rested a dog, one white paw resting across the toe of his velvet slipper. Though its fur was thick, the dog shivered in the arctic air, a slight whine escaping its dark muzzle at random intervals. No more than that. The mutt was near to death from the cold, and there was little enough Ashka could do for it. Or for himself.


The Door Into Shadow

The soldiers were coming for him through miles of pitch-black corridors, the light of their torches and lanterns unraveling centuries of patient, silent prayer as they went. What the darkness knew, he knew, and so he came to know the feeling of annihilation.

They were coming for him, but he did not know what they were going to do once they had him. The priests had all slit their own throats after the news of the defeat at Fall had reached the Temple; their corpses lay around him in the dark of the Womb. Would the soldiers pierce him with steel, cause his own blood to pour out onto silent stone?

He knew sounds; the trickle and drip of water on rock, the soft pad of footfalls, the brush of cloth against stone. The darkness heard the soldiers speak.

They rose from beside the rock-ringed ashes of their night fire as false dawn bled gray into the horizon. One rose unsteadily, in increments, stiff from sitting so long in an unaccustomed pose. The other was as lithe as he – it – was in any motion.

“There will be no wood for another fire,” said grizzled Fizul, sometime mage of Ruined Drunluce and, to the best of his knowledge, the last living mage anywhere. “Tomorrow night will be cold.”

“And dark.” His companion, whom Fizul had named Orek after the dark gray stone that best matched his skin tone, was not usually one to state the obvious. Fizul enjoyed small talk, however, and Orek was nothing if not accommodating. It was in Orek’s nature to be, whenever possible. That it was also in Orek’s nature to rend the souls from mortal flesh and send them screeching into the Void was, most likely, simple ironic circumstance. Or so Fizul mused.

*in my head
Posted by Michael McClung at 6:38 PM 5 comments:

An awesome micro-review of The Thief Who Spat In Luck's Good Eye from the iTunes Australia store:

A good read with plenty of action that rolls along at a fast pace with very few slow pages. Get on it. -Matnmak (5 stars) 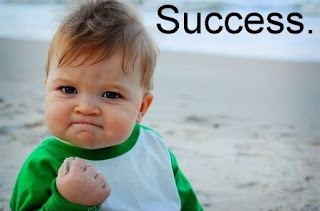 Rain-slick streets throwing back neon smears. Eyes that have seen near-endless iterations. The Street (as opposed to the street) moves through the same tired dance of commerce. Who's buying, who's selling, what's for sale, it's all been done and done long before my zygote days, and will be done and done long after I am unwise, unvaliant dust.  Everything seems just a touch worn, grubby, tired. Including me. Or maybe more than a touch. I want to scrub-- not my soul. Maybe my aspirations. Maybe my faith. Maybe I need to burnish my regard for my fellow men. And women.

Or maybe I just need to go live in a cave. 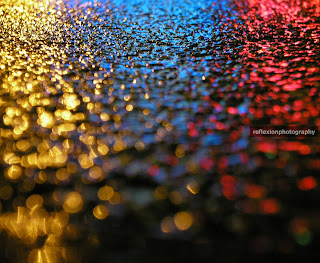 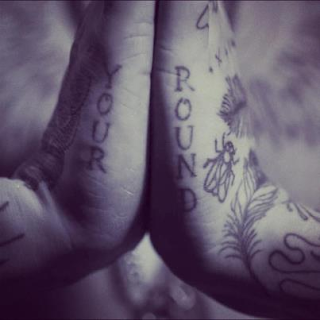 If Nature did not take delight in blood,
She would have made more easy ways to good. -Greville

All Hell doth at his presence quake,
though he himselfe for cold doe shake -Southwell

Then, since fortune's favours fade,
You, that in her arms do sleep,
Learn to swim, and not to wade;
For the hearts of kings are deep. -Wotton

...On a huge hill,
Cragged, and steep, Truth stands, and he that will
Reach her, about must, and about must go. -Donne

The thirsty Earth soaks up the rain,
And drinks, and gapes for drink again.  -Cowley
Posted by Michael McClung at 1:53 AM 3 comments: