A little straight talk from Uncle Mike for new self publishers

I've got some things to say. Some of it won't be very popular, but I believe all of it is true. This only applies to fiction writers, and specifically fantasy and science fiction writers. If you don't agree with me, that's okay. I'm still right, though.
Yes, I'm a little grumpy today. But everything above is the honest truth as far as I have seen and experienced. I hope it helps someone.
Posted by Michael McClung at 8:34 PM 1 comment:

Oh, look, the beginning of a new series! 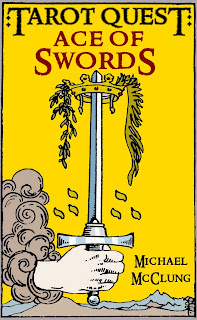 A few years ago, my eldest started reading a series of books called Beast Quest. I was very happy he was reading, and fantasy, no less - but one thing bothered the crap out of me: It didn't seem to matter to him what order he read them in. It made no sense - how could he follow the plot if he read book five before he read book three? Or book seventeen before book nine?

Then I actually read a Beast Quest book. He was right. It really didn't matter much at all, since each book was essentially the same book, but with a different Beast to contend with. Each book was about ten thousand words, and profusely if poorly illustrated.

I thought to myself "I could do that in my sleep. Well, not the illustrating part; even kids have standards. But I could write a series for kids like him, and I could do it better in just about every sense."

Well, long story short, I've started the series. No illustrations, apart from a map, but I've made up for it by making each book roughly forty thousand words. Maybe down the road I can get someone interested in illustrating. That would be awesome. And that's also the great thing about self-publishing; when you come to a place where you can improve the book, you don't need anyone's permission. You can just go and do it.

But let's see how this edition fares first.

You can pick up copies in these fine virtual establishments, with more on the way:


Posted by Michael McClung at 4:04 PM No comments: