(This blog post has been adapted from a Twitter thread at the request of Carrie D. Miller, whose latest book, Copper Pennies, is out as we speak.)

Hi friends. Today I want to talk about the post book release blues. Not every author gets it, nor is it the same for every author, but it's a real thing. Having just seen The Thief Who Went to War out the door, it has been heavily on my mind. Again.

What am I talking about? I mean the creative slump that can follow the release of a book. It happens to me pretty much every time. The new book is out, and I know what I'm supposed to be working on next but I sit down to write and... eh.

The words don't want to come. They just don't. Writing feels like monotony, even when it's a project I was previously excited about. I'd rather check sales, check twitter, clip my toenails - anything but write.

Because I always have multiple projects going (at a glacial pace, most of them, but still) I am at least not faced with a blank page - that would be far, far worse - but I still feel like when I was a kid, forced to memorize multiplication tables. Something in me rebels.

I think perhaps it's because some part of my psyche still looks at writing and publishing an entire book as the end of a quest - a massive undertaking completed. That part wants its happily ever after, not *another* damned hike to Mordor.

That's nonsense of course. Writers write. We write climaxes and denouements, but we don't actually get them. Life is not fiction, after all. We generally write the world as it should ultimately be, not how it is. But the small me kicking the desk in front doesn't care.

Now some writers will have no clue what I'm talking about. They finish one project and immediately dive into the next, because that's just who they are and how they're wired. If that's you, great! I mean, I hate you but awesome!


If that's *not* you, though, come sit over here. Put that guilt and self-doubt over there on the shelf; it looks heavy.

The first thing you need to know is that the feeling will pass. You're a writer; you write. How do I know? Because I have ten titles out there, despite myself.

"But I need to write x books a year!" you cry. Okay, you have goals, and I respect that. Your inner dissident does not, however. Give them a week to sulk, is my advice. Just enough time to start getting bored. Forbid yourself even a peek at anything writing-related.

Next, get petty. Go to the top 100 list on Amazon for your writing category. Find a book you've never heard of despite it being in the top 100. Read the sample. I will bet dollars to donuts it will be... not very good. But it is in the top 100, and your book probably isn't. That means that author is living the dream while you have been binge watching Storage Wars or whatever.
Don't feel guilty - feel the righteous fire of WTF and NAW coursing through your authorly veins. (Every night when I go to sleep I remind myself that Terry Goodkind has an amazing writing career. Yes, it makes it hard to fall asleep. Yes, I require lots of antacid.)

The power of petty should have put your muse on notice at this point. If no, maybe you really do need a break. It happens. If yes, time to give yourself some writing goals. Only you know your writing quirks. There are lots of books out there to help you get writing. None will help everyone, but at least one of them will help *you*.

But I will say that you need to have daily goals. You can start out small; it's probably best. The thing is to write every day. Even if it's only a couple hundred words. Even if they suck. The thing is to get your inner dissident used to working again. Mordor ain't coming to the Shire, after all. And once you're back in the groove, the post-book launch hangover will dissipate.
Until the next one. And now you know what to do. 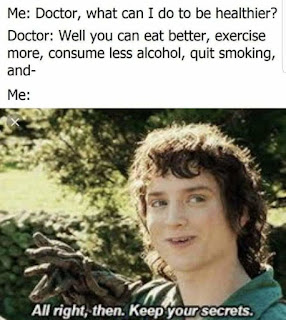 Posted by Michael McClung at 6:06 PM

Email ThisBlogThis!Share to TwitterShare to FacebookShare to Pinterest
Labels: writing

I only just discovered your Amra Thetys series and devoured all the books on my Kindle in one sitting. Sadly, I can't help with your creative slump - maybe really spicy food would help ? All I can say is that I enjoyed reading them.

However, I wish you would put the magic and lore in some sort of "system" - right now there is no clear grasp of what mages and gods can and cannot do. For that matter, the reader is not at all sure what Amra can do either. Did she gain anything from the blades apart from passengers in her head ? Did she always have the ability to connect to sources of power or what that the result of her being an Avatar ? Why are both gods and demons leaving and why is it that none of the priests appear to know about this ? A lot of things are just grey or unclear even after 5 books. And strangely no one appears to be asking these questions.

And Tarun, not every mystery must be solved else it loses its allure. And as Steven Erikson says, magic is wonder, and if you define it or explain it you lose that wonder. I sure don't want to lose the wonder of Amra and Holgren's world - do you?

Another great book, and thank you very much for it! I'm really looking forward to the 6th book ( I read this one in 1 day, as hungry as I was). Keep up the good work :)


Thanks for sharing, this is a fantastic blog post.

Ways & Works Consulting is an ISO 9001:2015 certified HR Consulting Firm, Manpower Recruitment and Practical Training firm career with an aim to provide value aided service to employers Best recruitment agencies industry we serve . with an in-depth understanding of their requirements. We are working as a perfect bridge between the employer and employee to fulfil their needs by placing the best suitable at place.